DRUNK DRIVERS CAUSE NEARLY 40% OF ALL U.S. TRAFFIC DEATHS ON JULY 4TH

Washington, D.C., June 8 – Preparing to combat that time of year when, according to
the National Highway Traffic Safety Administration, 39-percent of all U.S. traffic deaths are
caused by alcohol-impaired drivers*, free cab rides will be offered to would-be drunk drivers
throughout the Washington-metropolitan area on Saturday, July 4th (Independence Day).

Offered by the nonprofit Washington Regional Alcohol Program (WRAP), the Fourth of
July SoberRide® program will be in operation beginning at 10:00 pm on Saturday, July 4th and
continue until 4:00 am the following day as a way to keep local roads safe from impaired
drivers during this traditionally high-risk holiday.

During this six-hour period, area residents celebrating with alcohol may call the tollfree
SoberRide® phone number 1 – 800 – 200 – TAXI and be afforded a no-cost (up to a $ 30
fare), safe way home.

AT&T wireless customers can dial #WRAP for the same service. Local taxicab companies throughout the Washington-metropolitan area provide this no-cost service to local residents age 21 and older who otherwise would have attempted to drive home after drinking.

“On Independence Day, nearly 40-percent of all U.S. traffic deaths are caused by drunk drivers,” said Kurt Gregory Erickson, WRAP’s President. “Worse, more than a fifth (21%) of the drunk drivers causing this carnage during the 2013 July 4th holiday had blood alcohol concentrations (.15) of nearly twice the legal limit.” 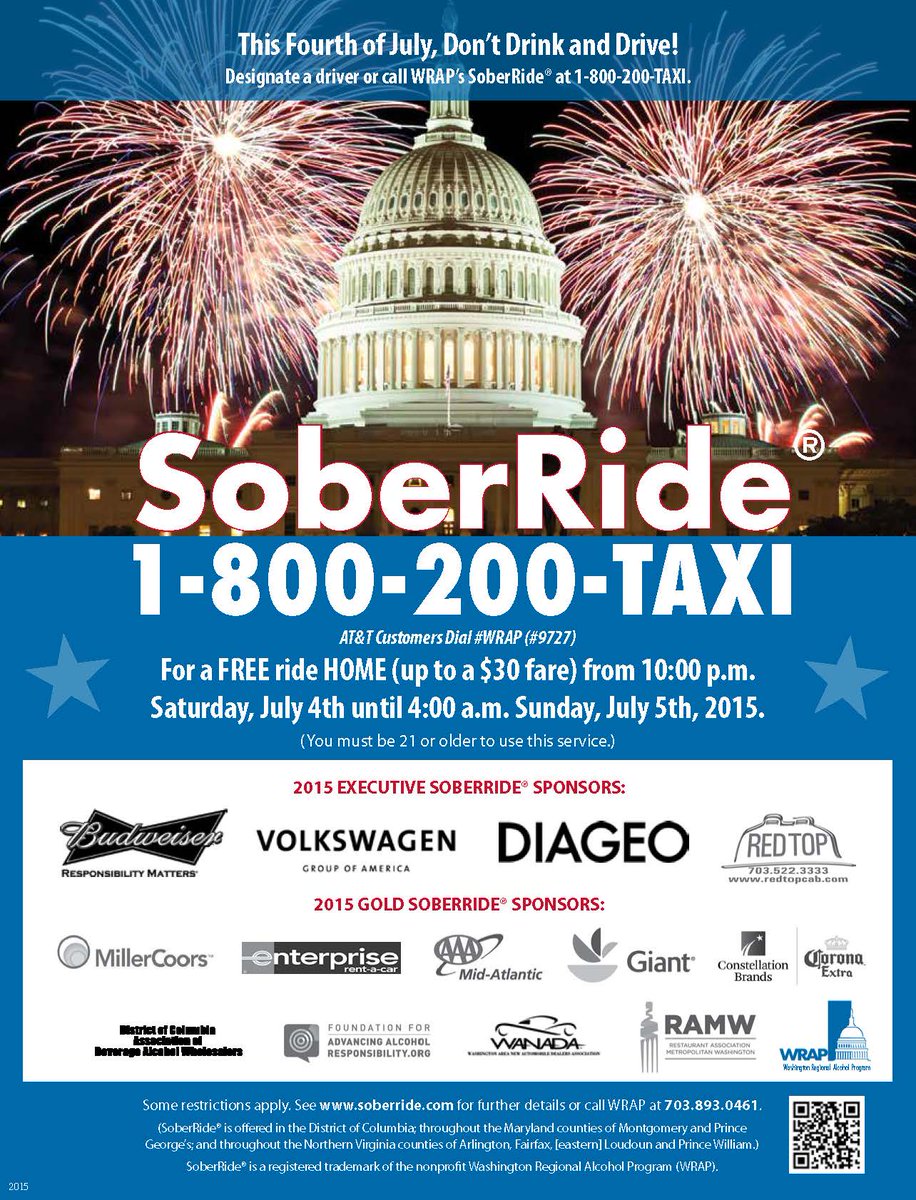