Updated November 18, 2015 • On Thursday, November 19th, at 8 p.m. ET, to mark the one-year anniversary of the most popular Tiny Desk Concert ever and the 10th anniversary of his debut album, Rappa Ternt Sanga, we’re hosting T-Pain at our Washington, D.C. headquarters. The inimitable Floridian will perform a short set of classics, both his own and others’, and brand new, never before heard songs from his forthcoming album, Stoicville: The Phoenix.For ticket information, follow @NPRandB and @NPRHipHop. 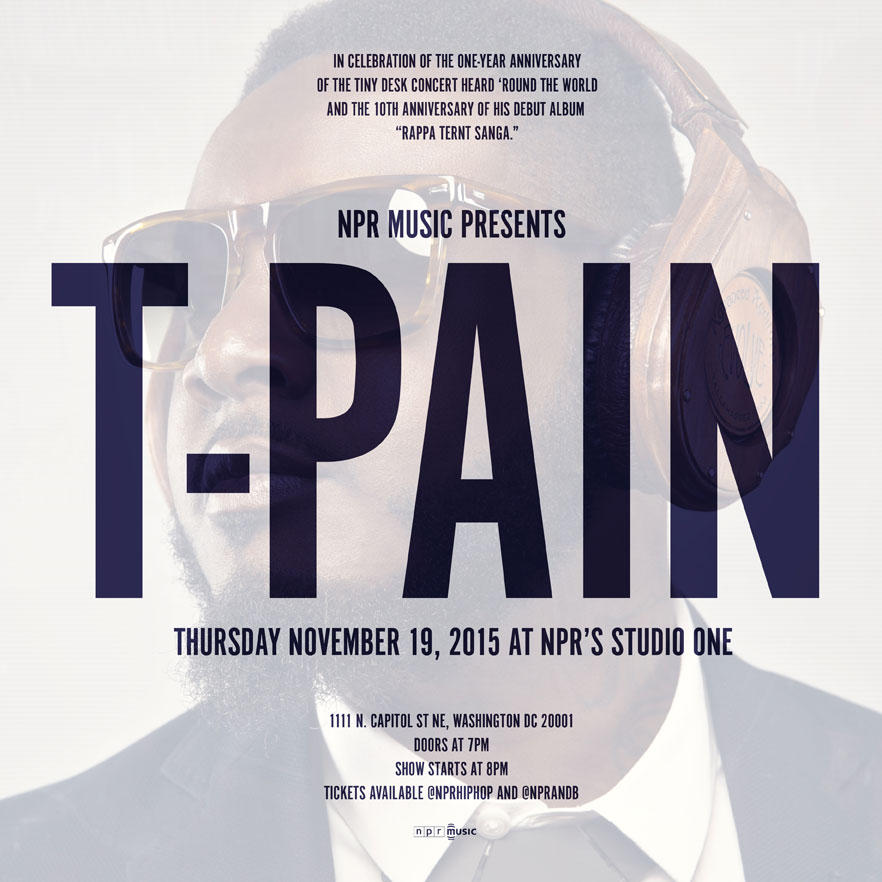