NEARLY HALF OF ALL POST-ST. PATRICK’S DAY TRAFFIC DEATHS IN U.S. CAUSED BY DRUNK DRIVERS

Washington, D.C., March 1 – Preparing to combat that time of year when, according to the National Highway Traffic Safety Administration (NHTSA), nearly half of all U.S. traffic deaths are caused by drunk drivers*, free cab rides will be offered to would-be drunk drivers throughout the Washington-metropolitan area on Thursday, March 17, 2016 (St. Patrick’s Day).

Offered by the nonprofit Washington Regional Alcohol Program (WRAP), the 2016 St. Patty’s Day SoberRide® program will be in operation beginning at 4:00 pm on Thursday, March 17th (St. Patrick’s Day) and continue until 4:00 am on Friday, March 18th as a way to keep local roads safe from impaired drivers during this traditionall high-risk holiday.

During this 12-hour period, area residents celebrating with alcohol may call the toll-free SoberRide® phone number 1–800–200–TAXI (8294) and be afforded a no-cost (up to a $ 30 fare), safe way home. AT&T wireless customers can dial #WRAP for the same service.

Local taxicab companies throughout the Washington-metropolitan area provide this no-cost service to local residents age 21 and older who otherwise may have attempted to drive home after drinking. 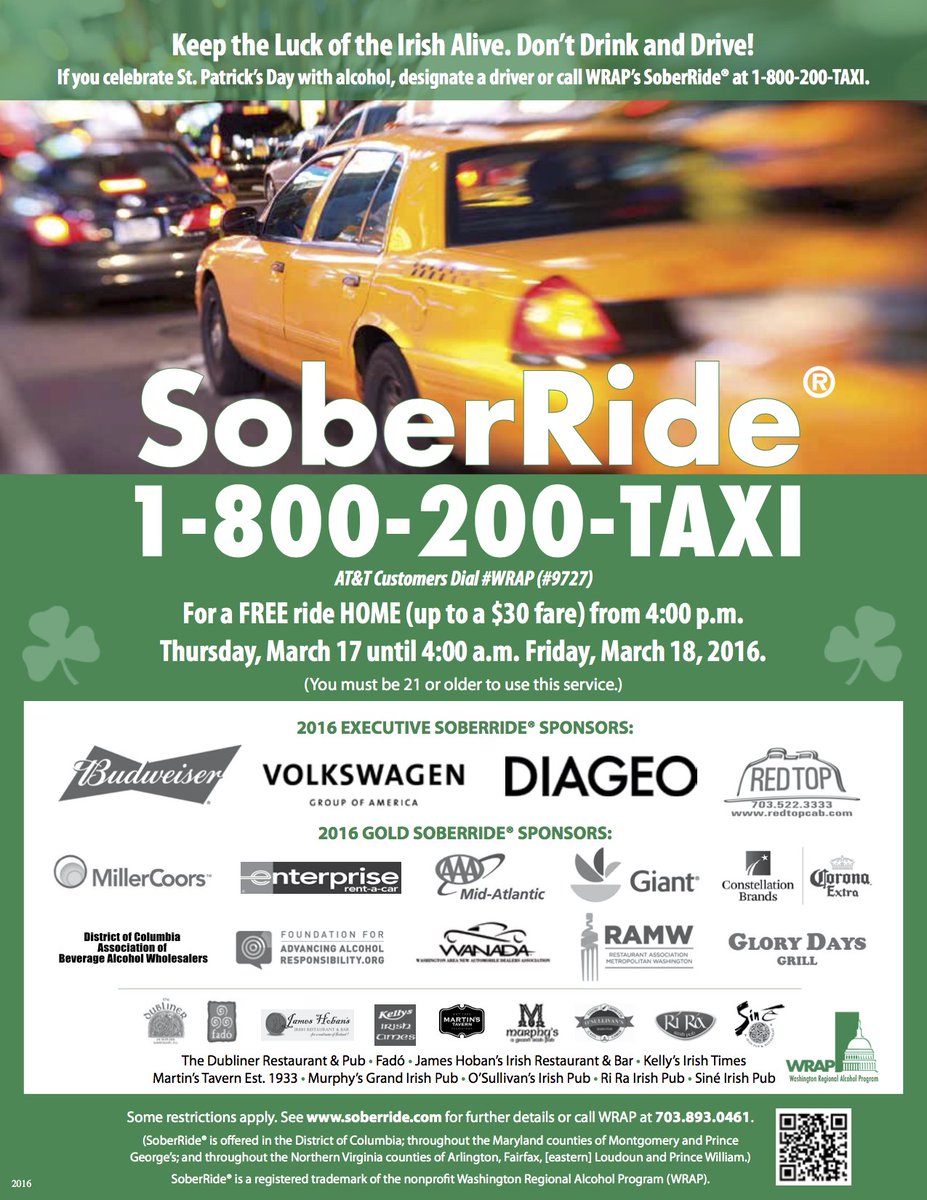 Previous post All Metrorail service will be suspended Wednesday, March 16, for emergency inspections
Next post The Pietasters and Warden in St. Patrick’s Day Concert at Fairgrounds‎