“My Kid is Not Crazy” Documentary to be Screened at PANDAS Network Benefit at The John F. Kennedy Center for the Performing Arts on October 19th

A benefit screening of University of Florida filmmaker Tim Sorel’s documentary, “My Kid Is Not Crazy,” will be held at The John F. Kennedy Center for the Performing arts on October 19, 2016, at 6pm. The goal: lift the veil that shrouds Pediatric Autoimmune Neuropsychiatric Disorders Associated with Streptococcal infections (PANDAS), a condition affecting an estimated 1 in every 200 children in the U.S., which results in neurological symptoms that mimic mental illness.

“My Kid Is Not Crazy: A Search for Hope in the Face of Misdiagnosis” follows five families who are fighting to get their children back from crippling OCD, tics, inability to eat and in some cases periods of intense seizure-like rage and breaks from reality. The children all have one thing in common: Their symptoms began overnight and after a strep infection.

“Imagine watching your normal, healthy child melt away in front of your eyes and realizing that you can no longer turn to even a hospital for medical care because they have nothing to offer you,” said JC Konecny, a mother of one of the children featured in Sorel’s documentary who shares the desperation of this illness. “It’s a deeply scary place.”

A work-in progress screening of Sorel’s film will be followed by a Q&A session and gala cocktail reception. The event will benefit PANDAS Network, a 501(c)(3) nonprofit organization. To secure a press pass and to arrange interviews email: jkonecny(at)pandasnetwork(dot)org. The public can purchase tickets online at http://www.kennedy-center.org. To learn more or donate, visit http://www.pandasnetwork.org.
Surprising Controversy

The film explores why PANDAS seems so hard to diagnose and treat. The idea that an infection can produce symptoms that look like mental illness is a relatively new concept and hard for some to grasp.
“I wasn’t prepared for the fact that a few individuals criticizing it could turn into something that literally some physicians say they don’t believe happens,” said Dr. Susan Swedo, chief of the Pediatrics & Developmental Neuroscience Branch at the National Institute of Mental Health (NIMH), who first described the disease.
Books like Infections Madness and Brain on Fire (the latter was recently released as a major motion picture), explore the same topic: an infection causing a misdirected immune response that targets the brain, causing what looks like psychiatric symptoms. Drew Maxwell, a teenager who has struggled most of her childhood with PANDAS, describes being treated with multiple psychiatric drugs: “I would always ask my mom, my doctors, ‘when’s it gonna work when’s it gonna kick in’ and I think that was a big clue it (the drugs) wasn’t working because they weren’t treating the real problem.”

PANDAS Overview
● PANDAS effects an estimated 1 in every 200 children in the U.S.
● When diagnosed early, many cases of PANDAS can be treated with common antibiotics
● Symptoms of PANDAS include: OCD, tics, severe separation anxiety, developmental regression, flight or fight response.

About PANDAS Network
PANDAS Network is dedicated to improving the diagnosis and treatment of children with PANDAS (Pediatric Autoimmune Neuropsychiatric Disorders Associated with Streptococcal Infections) and PANS (Pediatric Acute-onset Neuropsychiatric Syndrome). Armed with an impressive network of doctors, researchers and scientists, PANDAS Network strives to collaborate with subject matter experts, build public awareness, provide family support, and gather data and resources to better inform parents and the medical community about PANDAS and PANS. To learn more or donate, visit http://www.pandasnetwork.org. 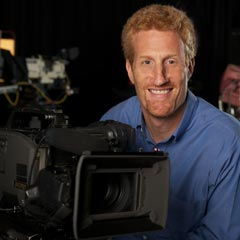