Washington, DC, Dec. 16 – Combating that holiday period which the National Highway Traffic Safety Administration says is a “dangerous time to be on the road due to a high number of drunk drivers behind the wheel,”* a local nonprofit organization announced today that free cab rides will be offered to would-be drunk drivers throughout the Washington-metropolitan area during the winter holidays.

Offered by the nonprofit Washington Regional Alcohol Program (WRAP), the annual Holiday SoberRide® program will operate between 10:00 pm and 6:00 am each evening between tonight, Friday, December 16, 2016 and Sunday, January 1, 2017 as a way to keep local roads safe from impaired drivers during this traditionally highrisk, holiday period.

During the evening hours, between December 16 th and January 1st, Washingtonmetropolitan area residents celebrating with alcohol may call the toll-free SoberRide phone number 1–800–200–TAXI and be afforded a no-cost (up to $ 30 fare), safe way home. (AT&T wireless users can dial #WRAP for the same service.)
“Last December, nearly 1,500 (1,456) Greater Washington residents did the right thing and availed themselves of this lifesaving service rather than possibly driving home impaired,” said Kurt Gregory Erickson, WRAP’s President. “For SoberRide’s hours of operation during just last New Year’s Eve, alone, such ridership (580) translated into the removal of a would-be drunk driver from our shared roadways every 49-seconds.”

SoberRide is offered in the: District of Columbia; throughout the Maryland counties of Montgomery and Prince George’s; and throughout the Northern Virginia counties of Arlington, Fairfax, (eastern) Loudoun and Prince William. In these areas, local taxicab companies will be providing this no-cost service to local residents age 21 and older who otherwise may have attempted to drive home after drinking.

More information about WRAP’s SoberRide initiative can be found at
www.soberride.com. 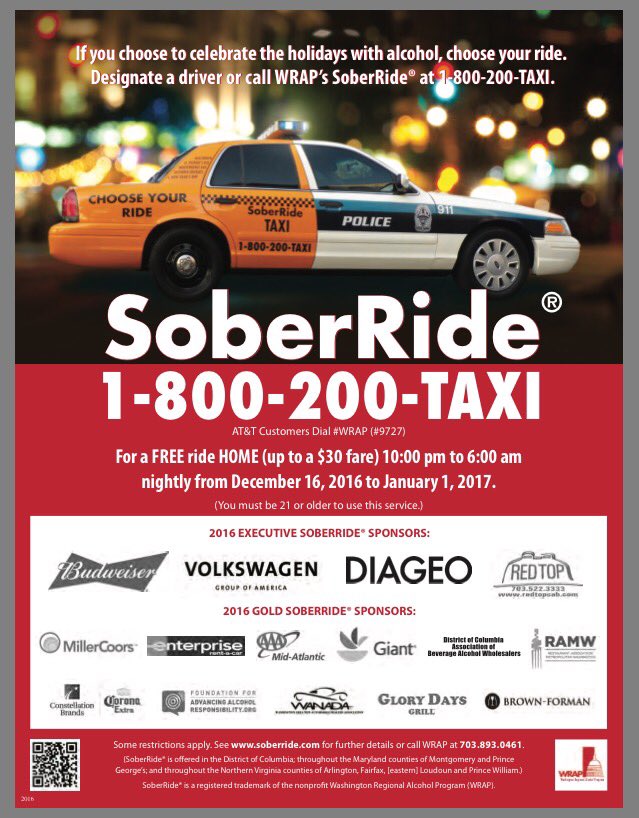 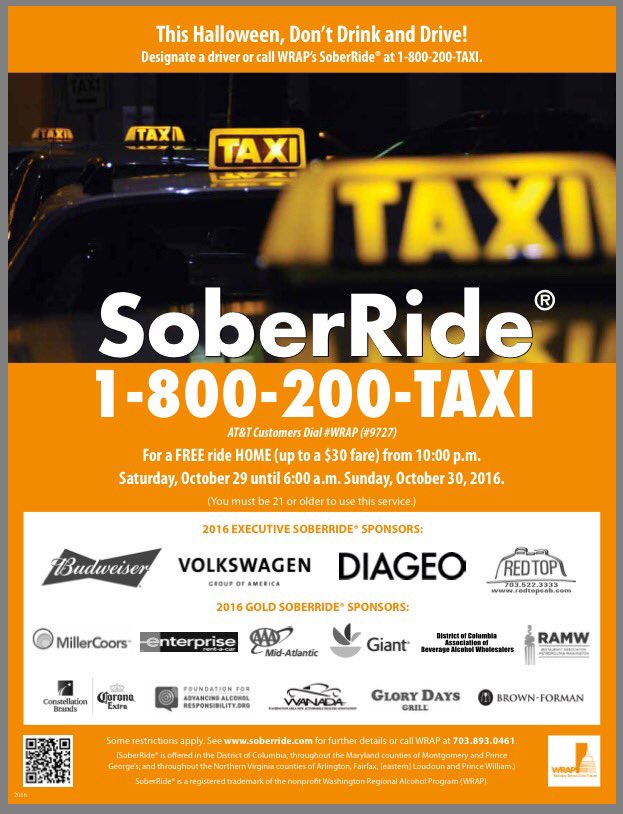