WASHINGTON – Since New Years Eve millions of viewers have tuned into the DC Eagle Cam (dceaglecam.org) to watch two live‑streaming, high-definition cameras featuring the wild nest of Bald Eagles Mr. President & The First Lady. For the past month, these parents have been faithfully incubating two eggs in their nest at the top of a Tulip Poplar tree in the U.S. National Arboretum, right inside the Nation’s Capitol.

Their devoted attention and dedicated efforts finally began to pay off this morning, as one of the soon-to-be-eaglets has now begun the hatching process!

During incubation, an eaglet develops an “egg-tooth” on the tip of its upper beak, which is used to crack holes in its eggshell from the inside. The first hole made in the shell is called a “pip.”

American Eagle Foundation (AEF) volunteer camera operators first witnessed this first small crack on the egg around 10:15 am EDT, March 28. As of now, this crack appears to be less than the size of a dime. It could take anywhere from 12‑48 hours for an eaglet to fully emerge, or hatch, from its shell.

“This is a very special time in the nest,” says AEF Founder & President Al Cecere. “To witness the up‑close process of an eaglet breaking through its shell is wonderfully heartwarming. We hope both eaglets hatch this week and show signs of good health.”

These will have been the fourth and fifth eaglets raised by these parents at this idyllic location. In the AEF’s educational chatroom (where viewers can create an account and talk to experienced moderators and other “chatters”) this eaglet will be tentatively referred to as “DC4.” If and when its sibling hatches, it will tentatively be called “DC5.”

In several weeks, the general public will have the opportunity to help come up with official names for these eaglets.

ABOUT THE D.C. EAGLE CAM PROJECT
In 2015, the American Eagle Foundation (AEF) staff traveled to D.C. to install state-of-the-art cameras, infrared lighting, and other related equipment in-and-around the nest tree with the help of volunteers and experienced tree arborists and climbers. This past year, the AEF added microphones near the nest to further enhance the viewing experience, and a team of arborists and eagle experts affixed natural tree limbs beneath the nest to provide added support. The USDA’s U.S. National Arboretum ran a half-mile of fiber optic cable to the cameras’ ground control station, which connects the cameras and microphones to the Internet. The entire system is powered by a large mobile solar array (containing several deep cycle batteries) that was designed and built by students and staff from Alfred State College, SUNY College of Technology and was partially funded by the Department of Energy and Environment. USNA has implemented a backup generator that will kick-on if prolonged inclement weather causes the solar array to provide insufficient power to the system. In 2016, APEX Electric Inc. (Kenmore, Washington) traveled to D.C. to assist the AEF in successfully installing audio equipment in and around the tree. The AEF uses Piksel to stream the video images to viewers around the world, and AEF volunteers are trained and coordinated to pan, tilt and zoom the cams, as well as educate the public via LIVE chats while viewers watch the eagles via the cams on the Internet. 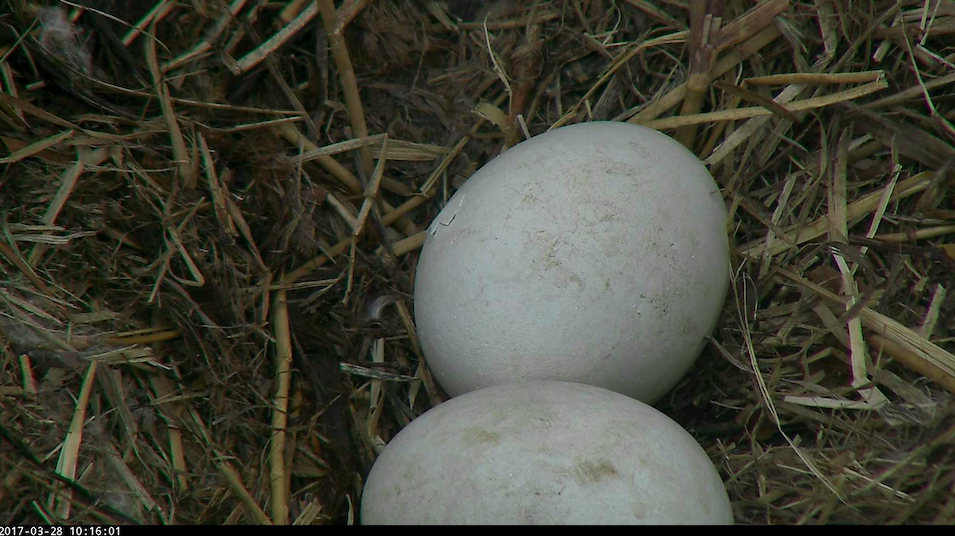