Limited quantities available.
Valid for the first 2,250 Lyft passengers who enter the code.

During this campaign, there will be three different single use promo codes issued. Each code is valid for up to $15 off one ride taken in Lyft’s Washington, D.C. coverage area. WRAP’s Holiday SoberRide promo codes will be posted at 2:00 pm on December 15, December 23 and December 31 on this webpage.

This offer is valid for new and existing Lyft users.

Important note: You must be at least 21 to claim this offer. Some restrictions apply. Limited quantities available.
General SoberRide Information

WRAP’s SoberRide provides a free Lyft ride home up to $15.
Users are financially responsible for anything over $15.

You must be 21 or older to use the SoberRide service. Valid in Lyft’s Washington, D.C. coverage area.

You cannot reserve a SoberRide or schedule a pickup in advance.

FREE HOLIDAY LYFT RIDES OFFERED THROUGHOUT GREATER WASHINGTON TO PREVENT DRUNK DRIVING
DC AREA SOBERRIDE PROGRAM BEGINS ON DEC. 15 AND RUNS THROUGH NEW YEAR’S
Washington, DC, Dec. 6 – Combating that holiday period when, last year, “781 people lost their lives in traffic crashes involving a drunk driver during the month of December 2016”* (National Highway Traffic Safety Administration), a local nonprofit organization announced today that free safe rides will be offered to would-be drunk drivers throughout the Washington-metropolitan area during the winter holidays.
Offered by the nonprofit Washington Regional Alcohol Program (WRAP), the annual Holiday SoberRide® program will operate between 8:00 pm and 4:00 am each evening between Friday, December 15, 2017 and Monday, January 1, 2018 to keep local roads safe from impaired drivers during this traditionally high-risk, holiday period.
During the evening hours, between December 15th and January 1st, area residents age 21 and older celebrating with alcohol may download Lyft to their phones, then enter a SoberRide code in the app’s “Promo” section to receive their no cost (up to $15) safe transportation home. WRAP’s weekly Holiday SoberRide promo codes will be posted at 2:00 pm on December 15, December 23 and December 31, 2017 on www.SoberRide.com.
“Last December, nearly a thousand (911) Greater Washington residents did the right thing and availed themselves of this lifesaving service rather than possibly driving home impaired,” said Kurt Gregory Erickson, WRAP’s President. “For SoberRide’s hours of operation on New Year’s alone, this level of ridership (336) translated into SoberRide removing a would-be drunk driver from Greater Washington’s roadways every one-and-a-half-minutes.”
The charity also offers its SoberRide program on St. Patrick’s Day, Cinco de Mayo, Independence Day and Halloween.
CONTACT: PHONE:
Kurt Gregory Erickson President
W. 703-893-0461 CELL. 703-625-2303

(Washington, DC) – Mayor Muriel Bowser today applauded the latest estimates from the U.S. Census Bureau, which show Washington, DC’s population continued to climb in 2017. Newly released figures indicate the District of Columbia is quickly approaching 700,000 residents after a growth rate of 1.4 percent between July 1, 2016 and July 1, 2017 – ranking the District eighth in percent growth among the states. As of July 1, Census data estimated the District’s population to be 693,972.

“Washington, DC continues to attract new residents from around the region and across the globe. We are a city where people want to do business, raise a family, and age in place – a city committed to our residents and DC values,” said Mayor Bowser. “As we continue to grow, my Administration remains laser-focused on creating jobs, producing and preserving affordable housing, accelerating school reform, and building a safer, stronger DC.”

With an average monthly growth of 803 residents, the District should hit the 700,000 resident mark within the next few months, officials forecast.

The District added 9,636 people from July 1, 2016 to July 1, 2017. Population growth in the District during this year-long period was comprised by gains from net natural increase (i.e. births minus deaths) (4,293), followed by net international migration (4,160) and net domestic migration (1,152). More than 9,700 babies were born in the District during this period, continuing the increase in young children residing in Washington, DC.

The District population has risen every year since 2006, and has soared by more than 100,000 people over the last decade.

“The Office of Planning’s State Data Center helps ensure that we plan for growth based on accurate population forecasts. According to the Center’s census function, we are still seeing growth in line with those forecasts,” said Eric D. Shaw, Director of the Office of Planning. “We will continue to focus our efforts to plan for growth in an intentional and inclusive manner that leverages new opportunities for prosperity for all who reside within our city.”

Planning an inclusive city in the midst of population growth is a major theme of the District’s 20-Year Comprehensive Plan, the document that guides the city’s future growth and development. The Plan was adopted in 2006 and first amended in 2011. In late 2016, the DC Office of Planning (OP) launched an initiative to amend the Comprehensive Plan a second time to ensure that the plan reflects evolving conditions and community priorities. The effort has involved participation from residents across all eight wards and a three-month Open Call for amendment proposals that wrapped up in the summer of 2017. Learn more about the update of the Comprehensive Plan at plandc.dc.gov.

Each year’s release of the new population estimates also brings revisions of the previous year’s estimates. For the District, it is important to note that the 2016 estimate of 681,170 was revised upwards to 684,336, indicating an additional 3,166 residents for 2016. To see more in-depth, demographic reports produced by the State Data Center, visit the Office of Planning webpage HERE.

To derive the population estimates, the U.S. Census Bureau uses a cohort component method for population estimates which incorporates births and deaths from administrative records, as well as estimates for net domestic and international migration. Each year’s release of the new estimates also brings revisions of previous years estimates.

The District’s State Data Center serves as the city’s official liaison with the U.S. Census Bureau. The State Data Center makes DC data available to the public through population and demographic data tables and analytical reports posted online on OP’s website at planning.dc.gov and produced by request. 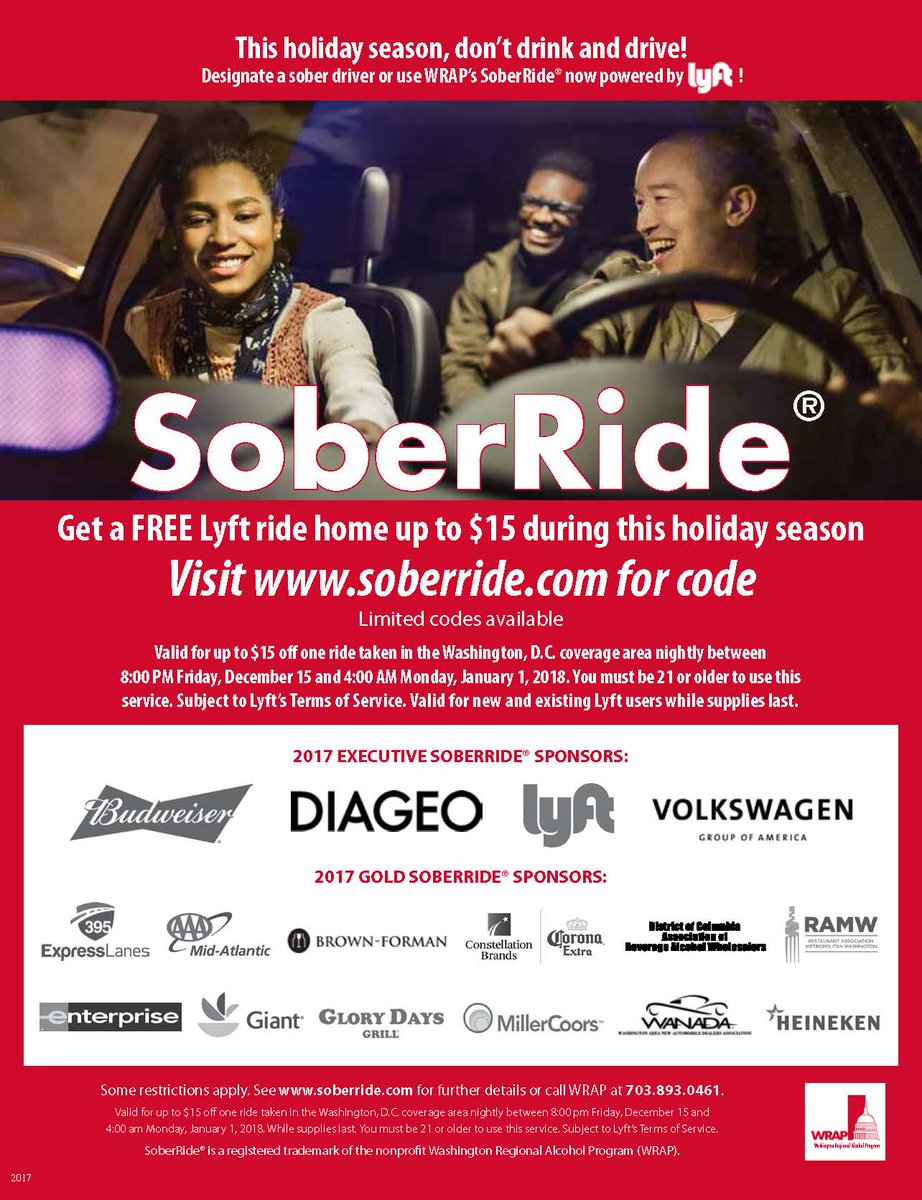 SOURCE: Recreation.gov. The lottery for tickets to the National Christmas Tree Lighting ceremony is now open and ends at 10...

SOURCE: National Park Service, U.S. Department of Interior Prohibited Items for Salute to America The following items are not permitted...

SOURCE: dc.gov Parking Restrictions District Government and federal partners have updated transportation plans for the State Funeral. While these closures are in effect, expect traffic delays and closures of side streets. Motorists are reminded to proceed with caution in and around event locations as increased pedestrian traffic is anticipated. All street closures and listed times […]