SOURCE: Advocates for Highway and Auto Safety or prnewswire.com

WASHINGTON, Jan. 22, 2018 /PRNewswire-USNewswire/ — Advocates for Highway and Auto Safety (Advocates) today released the 2018 Roadmap of State Highway Safety Laws. The 15th annual report rates all 50 states and the District of Columbia on the adoption of 16 fundamental traffic safety laws.

Each state and DC received an overall grade of Green (Good), Yellow (Caution), and Red (Danger), based on the number of the essential laws enacted.

The 2018 Green states are Rhode Island, Delaware, Oregon, Washington, California, Louisiana, and the District of Columbia.
States earning a poor performing Red rating are South Dakota, Wyoming, Arizona, Missouri, Montana, Florida, Nebraska, Virginia, Idaho, Iowa, New Hampshire, Ohio, and Vermont.
Additionally, the Report highlights the need for advanced motor vehicle technologies in all cars. Automakers and technology company executives have been promoting autonomous vehicles (AVs), also known as driverless cars, as a panacea for traffic fatalities. However, they admit the technology is many years away from a safe mass deployment. Meanwhile, lifesaving equipment exists right now that can save lives, prevent debilitating injuries, and eliminate billions in costs to society. These include collision avoidance systems and automated speed and red-light enforcement, as well as the means to improve large truck and rear seat safety.

“Advocates has spent decades fighting for vehicle safety technology and we too believe driverless cars have the potential to one day make our roads a dramatically safer place,” said Advocates’ President Cathy Chase. “Yet, in the meantime, nearly 100 people are killed and 6,500 more are injured in crashes on average every day. This comes with a significant economic burden equivalent to every person in our country paying an annual “Crash Tax” of $784. Including loss of life, pain, and lower quality of life, our society shoulders $836 billion in costs a year,” Chase added. “We call on lawmakers in every state to act with urgency this legislative session, and to use our new report as a roadmap to curb this preventable public health and safety crisis on our streets and highways.”

“Our country is approaching nine years without a single death caused by a commercial aviation crash. Yet, today, we can’t go 15 minutes without a motor vehicle crash fatality,” said Jackie Gillan, President Emeritus of Advocates. “The most promising and pragmatic strategy is adopting safety laws and advancing safety technologies, as highlighted in the Roadmap Report.”

In 2017, states passed a combined 13 traffic safety laws that met the Roadmap Report criteria, leaving 407 dangerous gaps in state laws across the nation:

Georges Benjamin, M.D., Executive Director of the American Public Health Association.
Janette Fennell, Founder and President of KidsAndCars.org, and Advocates’ Consumer Co-Chair.
Alan Maness, Vice President of Federal Affairs at State Farm, and Advocates’ Board Member.
Colleen Sheehey-Church, National President of Mothers Against Drunk Driving (MADD), whose 18-year-old son, Dustin, died in a car driven by a drunk driver.
Melissa Wandall, President of the National Coalition for Safer Roads, and Founder of the Mark Wandall Foundation. Melissa’s husband Mark was killed by a red-light runner in her home state of Florida.
The 2018 Roadmap of State Highway Safety Laws report, speaker statements, handouts, and webcast of news conference are available online at SafeRoads.org 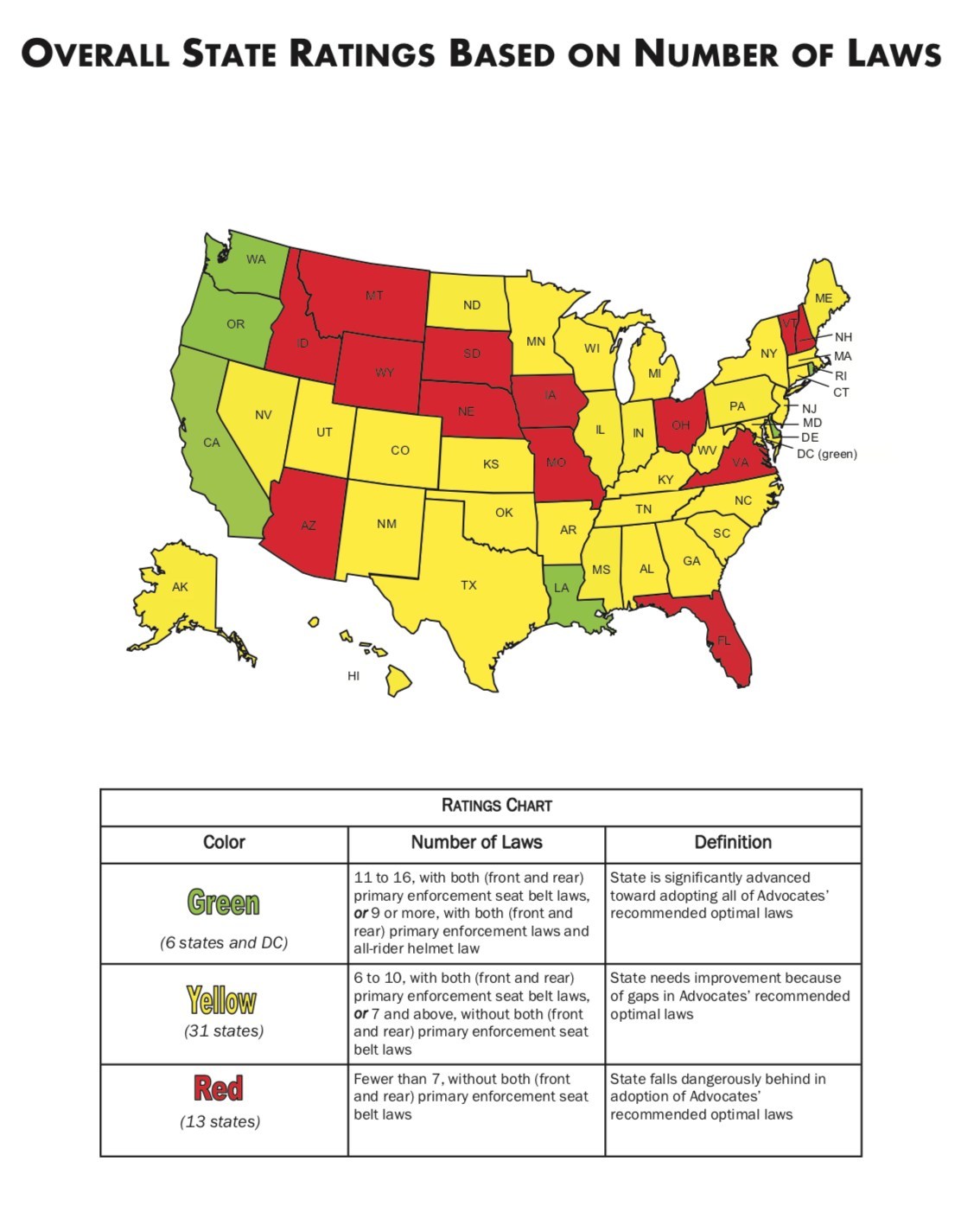 Welcome to vietdc.net. We are moving to new web hosting server. Please pardon us if you could not access to...

Welcome to VietDC.net. We are moving to new web hosting. Please pardon us if you could not access some pictures, video clips, or articles.