After Charlottesville officials refused to allow the city to be used as a platform for hate again, the right-wing groups behind “Unite the Right” announced the move of their anniversary rally on August 12 to Washington, D.C.’s Lafayette Square across from the White House. Several groups are mobilizing a counterprotest in Freedom Plaza.

The “Joined in Strength” campaign encourages people nationwide to show solidarity against racism and hate by spreading messages of positivity and inclusiveness. Free downloadable and printable posters, stickers, T-shirt iron-ons and social media graphics that can be used to advocate against hate are available at https://cvillestrength.com/.

The site offers free downloadable and printable posters, stickers, T-shirt iron-ons and social media graphics that can be used to advocate against hate. Charlottesville is also bringing the campaign to life with special solidarity street banners and signage along the city’s downtown pedestrian mall, where the tragic events occurred last year. Full-page ads in The Washington Post and Charlottesville’s The Daily Progress will trumpet the cause.

The CACVB asks people nationwide to join the initiative by sharing photos of themselves locking hands with others on social media and adding #JoinedInStrength.

“Charlottesville and our citizens resoundingly reject the alt-right’s message of divisiveness,” says Adam Healey, Interim Executive Director at the CACVB. “After last summer’s horrific events, our community united in strength to demonstrate to the world that we won’t stand for hatred. We call for people everywhere to do the same and wholeheartedly support our fellow citizens in the nation’s capital as they prepare to stand tall against the face of evil.”

The CACVB serves as the global resource for tourism and hospitality marketing for Charlottesville and Albemarle County, Virginia, and assists tourists, tour operators, meeting planners, organizations, reunions and others planning visits to the destination, starting with www.visitcharlottesville.org. 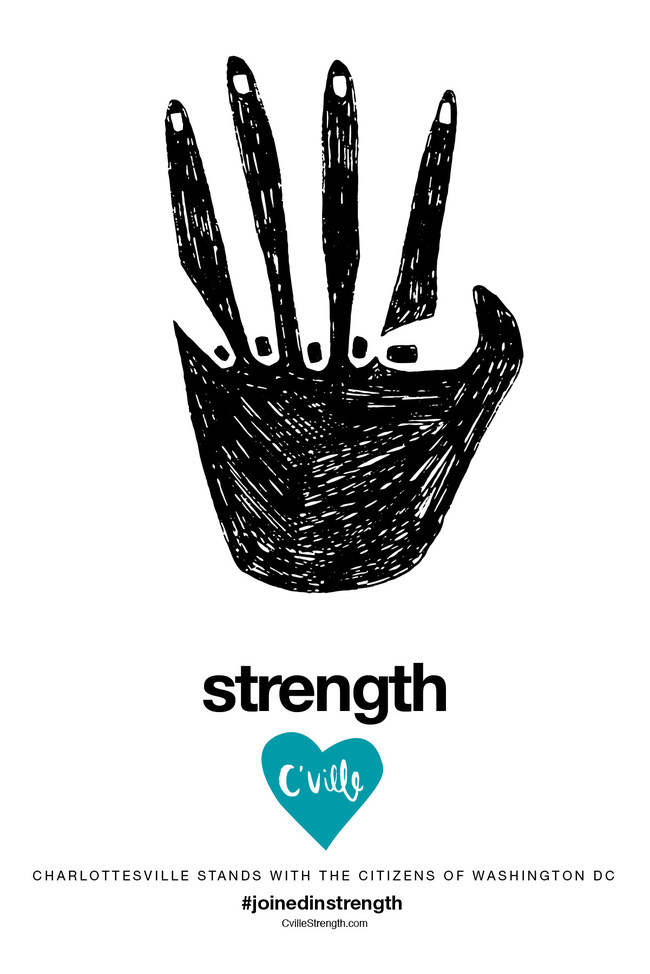