WASHINGTON, Jan. 23, 2019 /PRNewswire/ — Hoping to help furloughed federal workers and small businesses impacted by the government shutdown, Washington, D.C., entrepreneurs Al Goldberg and Nevin Martell launched PayItFurloughed.com, where Americans can donate beer to furloughed federal employees in the nation’s capital. Just one week since the website’s inception, the group has partnered with the Pabst Blue Ribbon brand to take the platform and its message national.

Pay It Furloughed’s first live national activation – Pay It Furloughed Day – takes place on January 24th in over 25 cities across the U.S. It will be the biggest effort of its kind – a nationwide call to action for Americans to buy furloughed federal employees a much-needed beer during these stressful times – either in person or through its website. For a complete list of participating cities and locations, or to donate a beer online, visit PayItFurloughed.com. Pabst Blue Ribbon will lend its voice and reach to take the D.C.-area initiative to a nationwide philanthropy effort.

Justin Medcraft, Marketing Director for Pabst Blue Ribbon, sees the opportunity to support PayItFurloughed.com as an honor, “Pabst has spent 175 years serving the people who serve this country. Being able to help give them a little hope in a moment of crisis gives us an immense amount of pride. American optimism is what our brand is all about, and there’s nothing more optimistic than Americans propping each other up like this. We couldn’t be more happy to help bring this idea to the next level.”

Since launching PayItFurloughed.com on January 13th, its founders have been inundated with requests from across the country to bring the platform’s benefits to other regions, so more furloughed workers can partake. The founders are ecstatic to extend their goodwill efforts from sea to shining sea. Says co-founder Nevin Martell, “In times like these, a beer isn’t just a beer. It’s a vote of support. It’s a simple way for Americans to let the people affected know that, ‘We see you. Hang in there. We got you.'”

Despite receiving national press coverage and over $30,000 in donations for their cause, the PayItFurloughed.com founders are keeping it humble. “We have friends affected by the shutdown and just wanted to help,” said co-founder Al Goldberg. “This was a way for us, local businesses, and, really, America to show support for the people who give so much to this country.”

For its part, Pabst Blue Ribbon will provide support through social media, PR, and its national field marketing team. Says Medcraft, “The generosity of Nevin and Al on behalf of the people affected most by the shutdown is incredibly inspiring. They needed help scaling, and we’re putting the full weight of our team behind this thing.”

Since its founding in 1844, Pabst Blue Ribbon, the original American lager beer, has been connecting with local communities across America. Pabst Blue Ribbon engages and supports individuals who are passionate about forging their own path in life, and will continue to empower new generations who believe in the future of America. 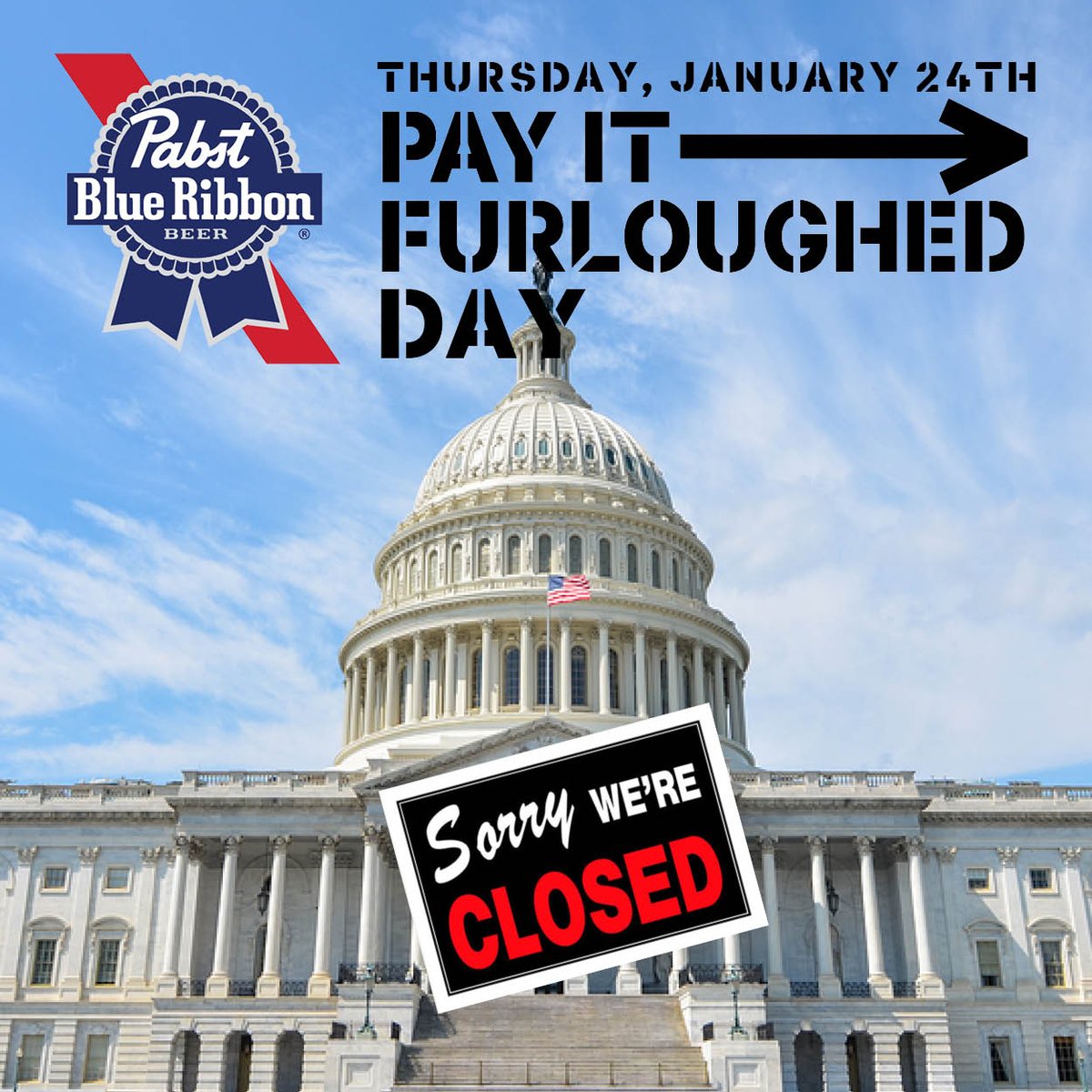 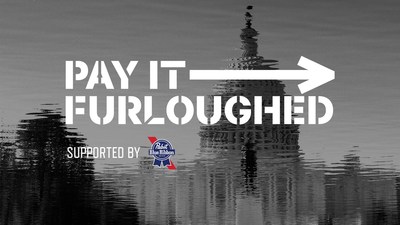