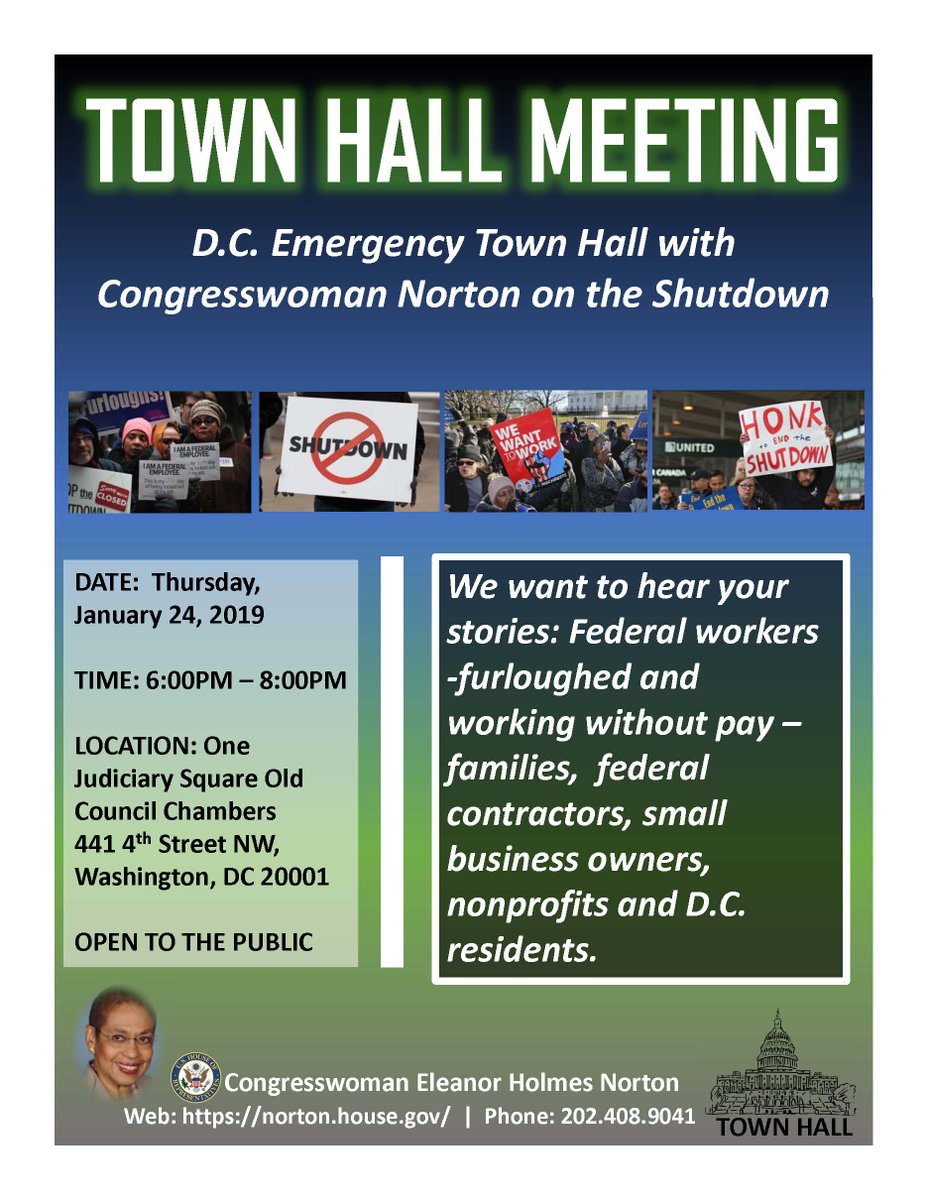 “Tonight, we are bringing together residents from across the spectrum to share their stories on how the Trump shutdown is impacting their lives,” Norton said. “From federal employees and contract workers, to restaurant owners and food truck operators, to taxi cab and ride-sharing drivers, the pain from this shutdown is rapidly radiating across the District. The stories we hear tonight will help me continue to fight to end the shutdown and get our federal employees and contractors back to work.”

Norton introduced a bill to guarantee back pay to low-wage federally contracted retail, food, custodial and security service workers not getting paid during the current federal government shutdown. She helped pass a bill signed by the President last week to provide back pay to federal employees who have been furloughed or forced to work without pay during this and any future shutdowns.

Norton is a cosponsor of several bills to provide relief to federal employees.

The Immediate Financial Relief for Federal Employees Act would require the U.S. Treasury, at the request of the employee, to issue 0% interest loans to the 800,000 federal workers who have been impacted by the government shutdown.
The Federal Employee Civil Relief Act would protect federal workers and their families from foreclosures, evictions and loan defaults during a government shutdown.
The Financial Relief for Feds Act would allow federal employees and contractors to withdraw funds from their retirement accounts without being penalized.
H.R. 720 would guarantee every federal employee can access unemployment benefits during a shutdown. The bill would reverse the Department of Labor guidance that deems essential workers ineligible for unemployment benefits.
###