WASHINGTON – Today, U.S. Secretary of the Interior David Bernhardt announced details of the annual Independence Day celebration on the National Mall, including Salute to America, which will feature remarks by President Donald J. Trump to honor America’s armed forces.

“There is no more appropriate place to celebrate the anniversary of American independence than among the Nation’s monuments on the National Mall and the memorials to the service men and women who have defended the United States for the past 243 years,” said Secretary Bernhardt. “For the first time in many years, the World War II Memorial and areas around the Reflecting Pool will be open for the public to enjoy a stunning fireworks display and an address by our Commander-in-Chief. We are excited to open these new areas so that more visitors may experience this year’s Independence Day celebration in our nation’s capital.”

Salute to America will honor each of the nation’s five service branches with music, military demonstrations, flyovers and much more. Participants include the Old Guard Fife and Drum Corps, the U.S. Army Band (“Pershing’s Own”), the Armed Forces Chorus, the United States Marine Corps Silent Drill Team, and many others.

Additionally, this year for the first time in recent memory, the Lincoln Memorial Reflecting Pool, the World War II Memorial and Constitution Gardens will each be accessible and available as a location from which to view the fireworks. These prime viewing areas are now outside of the fireworks safety zone due to the fireworks launch site being moved from the Reflecting Pool to West Potomac Park. The change of locations also means that the Signers of the Declaration of Independence Memorial will be accessible to the public on Independence Day. In previous years it had been closed due to the old fireworks safety zone.

The National Mall is home to more than a dozen memorials that commemorate great Americans and significant events in our nation’s history and hosts one of the nation’s largest Fourth of July celebrations. In addition to Salute to America, this year’s events include the National Independence Day Parade; A Capitol Fourth, the annual star-studded concert on the West Lawn of the Capitol; and a spectacular fireworks display.

A Capitol Fourth Concert – West Lawn the U.S. Capitol
8 p.m. – 9:30 p.m.
Co-sponsored by the National Park Service and the National Symphony Orchestra, A Capital Fourth honors our nation’s 243rd birthday with an all-star salute of the best in American entertainment. Gates open at 3 p.m. www.pbs.org/capitolfourth

Independence Day culminates with a spectacular fireworks display over the National Mall. The fireworks will be launched from West Potomac Park and behind the Lincoln Memorial. They will be visible from locations throughout D.C. and Northern Virginia.
Additional details about the day’s events, including security restrictions, public access points, road closures and prohibited items, will be announced in late June. Complete information and updates on the Independence Day celebration will be posted to www.nps.gov/foju. 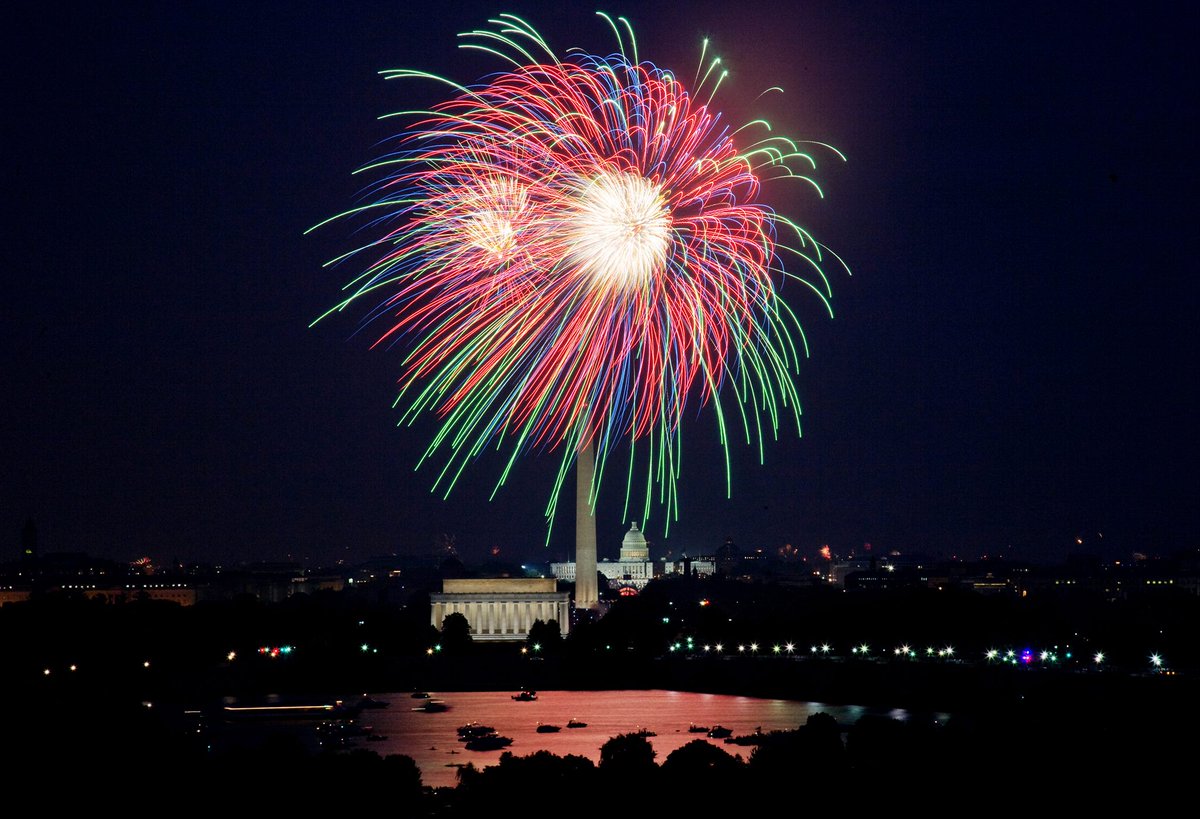