WASHINGTON, Nov. 12, 2019 /PRNewswire/ — The Washington Spirit are proud to announce that the club will be playing games at Audi Field, Segra Field and the Maryland SoccerPlex in 2020. The Spirit’s games will be evenly split between the venues, with four games being played at each location.

“Today is a big day for our club, our players and our fans,” said Spirit owner Steve Baldwin. “I want to reiterate my gratitude to the Maryland SoccerPlex and D.C. United for being amazing partners. Both organizations have wonderful people that have given me valuable advice during this first year of my stewardship of the club.”

That mark was shattered the following year when the Spirit returned to D.C. on August 24, as 19,871 fans were in attendance for the Spirit’s 2-1 win over the Orlando Pride. The club announced an attendance of 17,418 when the club hosted Reign FC to a 2-2 draw on September 14.

19,871 remains the current club record for attendance. The Spirit’s average attendance for matches played at Audi Field currently stands at 15,088.

The Spirit will become the first professional women’s soccer team to play at Segra Field, located in Leesburg, Virginia. The venue seats 5,000, the first stadium with such capacity in Loudoun County history.

“The incredible support we enjoyed last year at both Audi Field and the Maryland SoccerPlex served to lift our players,” said Spirit Head Coach Richie Burke. “We were grateful for the tremendous atmosphere created by our fans at all of our home matches. Adding Segra Field into the mix will allow us to give our Virginia supporters a local venue to get behind, and I believe we will get great crowds at that venue as well.”

Ground was broken on the new stadium on March 26, 2019, and the venue was officially opened on August 9, when Loudoun United FC played the stadium’s inaugural match against the Charlotte Independence.

“Particularly refreshing in my interactions with the SoccerPlex was their alignment with our desire to see our players play on the biggest stage,” Baldwin said. “Their support of what we are doing is essential to our future success.”

Additionally, the Spirit will be offering fans round trip transportation from Germantown to Audi Field and Segra Field for the matches we play at those venues. 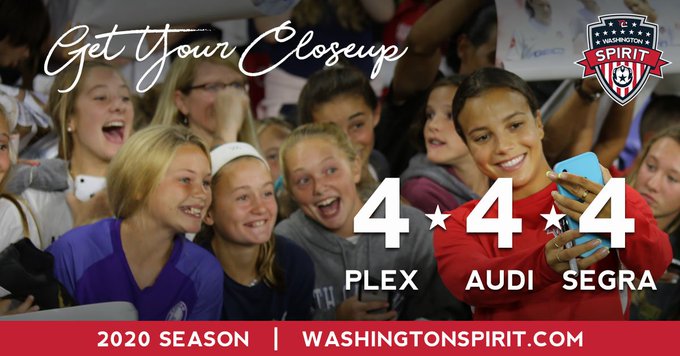